Okay, when something is wrong in your relationship, you invariably ask this:

As a general rule of thumb, guys and girls are asking completely different things on opposite ends of the spectrum. I’ve answered everything from looks to breakups to get-togethers.

I’ll make it easy for the reader to follow this train of thought by breaking it down into some general categories:

Why You/He/She isn’t really into the relationship anymore.

Why You/He/She isn’t into the love-making

These are the biggest and generally most asked questions about a relationship that a person feels is “not going well anymore”. If you have personal questions, feel free to ask them on Yahoo Answers! or direct them to me.

First, for “Why You/He/She isn’t really into the relationship anymore.”

1: Someone else is involved.
2: You don’t interest them anymore.
3: They are currently reviewing their lifestyle and decided that you’re a factor that’s taking up too much time. Or money.

The answers more or less explain themselves. As for further questions, direct them to my email and I’ll write another article that addresses those (all askers will remain anonymous, or will be quoted by name as requested).

Why You/He/She isn’t into the love-making is another common question, or something of the like. We are human, so sex is important, or at least simple kissing. Somethings that can affect this are…

1: You don’t interest them anymore.
2: They aren’t in the mood.
3: They’re with-holding it for a reason.
4: They’re just not into the relationship anymore.
5: There’s something on their mind that they can’t talk to you about freely. 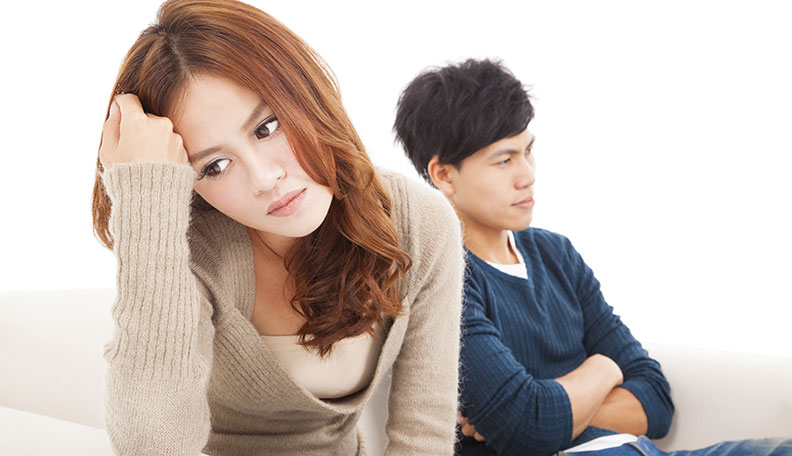 For instance, I recently had an interesting question pop up on Yahoo Answers!

Q: I’m 20 years old – why do I have such a low sex drive?!? I’m 20 years old, and find my boyfriend very attractive, I’ve been with him for 2 years and though I have never had a high sex drive, I used to want it more than I do now! Once we get started, it’s great and I get into it, but it’s just getting into it in the first place that I find so hard!
I’m on Cilest and I know that birth control can reduce a person’s sex drive, but it was low before I started!

I just feel really awful, especially as my boyfriend is the opposite!

To which I answered.

A: Depending on your birth control type, it may either increase or reduce your sex drive.

A woman’s sex drive is partly emotional, and partly chemical. A woman’s sex drive hits the highest when she is fertile (as in ovulating) because her body is designed to reproduce as much as possible, meaning she wants to get laid while she can have the best chances of getting laid.

On a side note, a woman looks her best when she’s ovulating and produces some amounts of copulin as well. This also helps stimulate her sex drive.

There are some forms of birth control that do it by convincing your body is already ovulating, so you don’t need to ovulate again. This still lets your body produce most of the chemicals that get you “excited”, but I’m not sure about the copulin. Try those.

Or, just buy any of those perfumes that come with lots of copulin inside it. Constant whiffing of it will get you definitely into the mood (chemically in the mood) and will have almost no side-effects, as it’s usually a natural by-product of the body. Unless you’re breathing nothing else but it, but I doubt you’d make that mistake.

The last category, Why is He/She doing this _____? is really, meant to be directed towards more specific questions. Consider that no two relationships are ever the same, and everything must be considered when answering, which means while this is a general category, I cannot give a general answer. There’s simply far too many things that He/She could be doing that I cannot even guess myself. When looking at all the questions I’ve come across and answered, there’s too many to squeeze into this article. Please comment or contact me and place your question there, and stay tuned for a newer article that addresses all of them.

Celebrate the Holidays (like a real adult) with Minted

How Effective Is Air Filtration?

What Is The Best Crypto Exchange?